Musically active for more than two decades, remixed some of the finest imprints, releases on almost every important tech-house label of the world, mastermind in combining the underground with a house twist!

Born and raised in Italy’s legendary Venice, Marco Lys has been involved in the tech house scene for ages! It all started when Marco Lys was invited to do vinyl guest mix at Radio Luna (Italy 91). His mix earned praise from far and wide and Marco Lys became their weekly resident. From there on it was a small step before he started spinning various festivals and playing in the most prestigious clubs around the globe.

Marco Lys sets are exciting, filled with his own productions combined with exclusive bootlegs. Marco Lys has a superb way of connecting with his audience and taking them on an intense musical journey with cutting edge grooves, which never seem to fail!!

His skills are not limited to DJ-ing. He is a highly skilled producer!
His unique sound of tech-tinged house is created with only one goal, crowd satisfaction.
Each track is approached in its own individual way, which keeps him innovating and shaping his characteristic sound.

In 2017 the story continued with his release on Bambossa Records. After being absent for a little while in the charts, ‘The Story Continues’ entered the Beatport House top 100 and stayed for almost a year until the end of summer in 2018. That same year during IMS (Ibiza), Erick Morillo gave him the opportunity to remix any track out of the back catalogue by Subliminal.
His choice Mongobonix ‘Mas Pito’ fitted perfectly into his ‘new’ signature sound. A high energetic house tune combined with a Saxophone solo twisted with Tech House beats and the little details in the back, where Marco Lys is known by! Both tracks have become evergreens and are ‘secret-weapons’ for many artists around the globe.

His tracks are gaining support from House and Techhouse lovers, which made him #54 of best seller in the House section at Beatport. Not only Beatport is a big fan, with over 100K of monthly listeners, he is also a well seen guest at Spotify.

If you want to hear more Marco Lys check; Black Book , VIVa Music, Circus, Bambossa Records, SBJKT and be up to date!

You probably will now see the bigger picture and otherwise you will understand why Marco Lys is the is the name on the lips of many promoters, label-heads and top producers across the globe!

Listen to one of his last shows here MARCO LYS 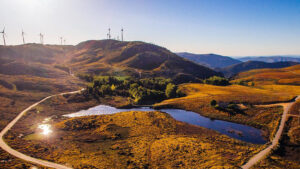 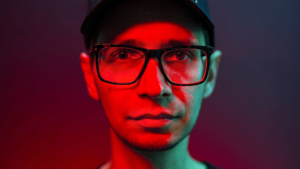