Pavel Khvaleev was born in Naberezhnie Chelni in Russia, on May 27, 1984. In 2004 he founded the music project Moonbeam with his brother Vitaly. During the following years Moonbeam became a famous international act in the world wide electronic dance scene. In 2000 they entered the DJ Magazine’s annual list of the world’s best DJs TOP 100!

Bringing sound and vision to the point of indecipherability would be mission-impossible for all but a handful. Pavel however is a man with the toolbox of abilities equal to that task, foremost amongst them vision. The composer/filmmaker’s work has – to date – produced some of the most arresting, thought-provoking and (some might even say) challenging marriages of audio & video within electronic music. Musically he skates the peripheries of a half-dozen electronic music styles, never alighting on any long enough to become classified by it. In 2015 Pavel Khvaleev debuted with his first full-length cinema as the director of the movie “III – The Ritual”. This film has been shown at film festivals from Berlin to Buenos Aires and was worldwide released on NETFLIX (from 2016 till 2019). His second feature movie «Involution» was worldwide released on Amazon Prime.

In November of 2018 DJ Mag said about Pavel Khvaleev’s album «Sonder» released on Black Hole Recordings: “The unlikely worlds of trance and art-house never got closer than through the output of Moonbeam Following their 2016 disbanding, Pavel Khvaleev continued solo and if anything, the level of artistry’s only risen.”  In 2019 Pavel Khvaleev won the Red Bull Music Kitchen international competition.

Listen to some of his recent shows here ->PAVEL KHVALEEV – Connect 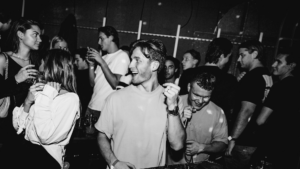 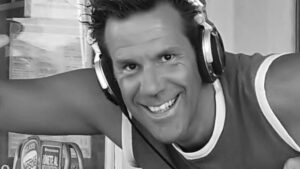