PLAYFUL. JOYFUL. VERSPIELT
With its unique melodic sound, Verspielt Radio Show fuses the creative minds of German duo Four Hands and their Techno Label Verspielt with the powerful sound of Carla Casanova for Ibiza Live Radio.
CREATIVE. CRAFTING. FOUR HANDS
That two pairs of hands can work better than one is definitely proven by the dynamic German duo of Alex and Marcel, who have made a name of themselves by crafting their singular sound. Building on a strong friendship and a shared passion for electronic music, the two keep continuously evolving and fostering the future of techno sounds.
It is in their productions, in which the duo are creating moments of pure joy. Their innovative and appealing work is recognised and supported by famous artists like SOLOMUN, Kevin de Vries and lately Nicole Moudaber, who are playing their tracks on big events like BPM Mexico, United We Stream ARTE concert, ReConnect - Together for Beirut and on Nicole's legendary radio show IN THE MOOD.
With the launch of their own record label VERSPIELT Musik based in Frankfurt, melodic and techno sounds with massive synth parts became the driving forces for Alex and Marcel. Through its VERSPIELT Show Case, the label has welcomed amazing artists with the likes of ARTBAT, Musumeci and starlet Carla Casanova and continues to grow its realm with selected productions and collaborations, attracting the finest artists and labels such as the latest Remix from Massano for “Everlasting World” by Four Hands in Harabe Records.
POWERFUL. MESMERISING. CARLA CASANOVA
A proud Mexican who gets inspired by music wherever she is, Carla would get in touch very early with electronic sounds. Curious to understand each of its mysteries, she crossed the world to live in Germany, where Techno got deeper into her bones.
Over a very short period of time, Carla has emerged from being a well kept secret to the in demand Djane that knows how to play on huge outdoor stages, international festivals and the most en-vogue clubs. Her enthralling curation and her passionate live performances are the recipe, that brings Carla Casanova instantly into the hearts of her crowd. No wonder, her loyal followers across and beyond the continent keep growing and growing.
Playing with legendary artists such as HOSH, Gerd Janson, Doctor Dru, David Mayer, Monkey Safari and Moguai among others, Carla takes a love of Melodic Techno, vanishing boundaries, and guiding her audience into another musical dimension of lush rhythms and energetic soundscapes.
With Frankfurt as both their home base, Four Hands (GER) met Carla, playing together at the heart of the never-sleeping underground scene. It did not take long for the creative minds to discover their complementary skills and mutual love for Techno, and so this vibrant collective was formed.
FOLLOW THE MELODY and visit the Verspielt website to know about the upcoming events and the artists’ social media channels. 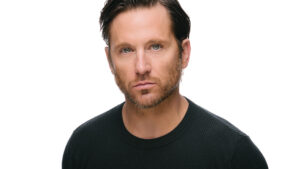 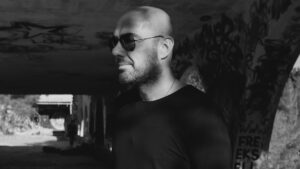 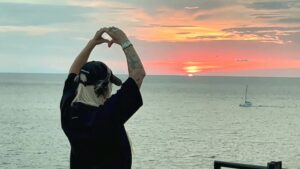